Louis-Philippe will continue his studies in mathematics and computer science this fall at McGill University. He is the third candidate sponsored by our institution to obtain a Schulich Leader scholarship.

From his first year of study in St. Lawrence, Louis-Philippe Robichaud stood out by winning a grant from the Fonds de recherche du Québec - Nature et technologies (FQRNT), to carry out a research internship at the university during the summer. Earlier this year, he also won a Loran finalist scholarship. His personal discipline and hard work allowed him to stand out academically, while leading several extracurricular projects. His physics teacher, Gwendoline Simon, who supported Louis-Philippe’s candidacy, underlines not only his remarkable academic performance, but also his outstanding communication skills, his great intellectual curiosity and his desire to share his knowledge.

Louis-Philippe shared his surprise with us when he learned that he had been selected as the recipient of a Schulich Admission Scholarship at McGill University. "When I learned that I had received the Schulich scholarship, I was in shock for a whole day ... Even today, it's hard to believe because so far, it's not concrete. I can't wait to go to McGill to meet the other Leaders! Louis-Philippe argues that the scholarship represents a great opportunity for him to meet exceptional people and launch collaborative projects across Canada.

The Schulich Leader Scholarships are the most sought-after STEM scholarships in Canada. This year, in this context of unprecedented disruption, 100 scholarships, instead of 50, were paid to entrepreneurial students in their last year of high school or CEGEP who are registering for a baccalaureate in science, in technology, engineering or mathematics, in one of the 20 partner universities in Canada.

For additional information on the Schulich Leader Scholarships 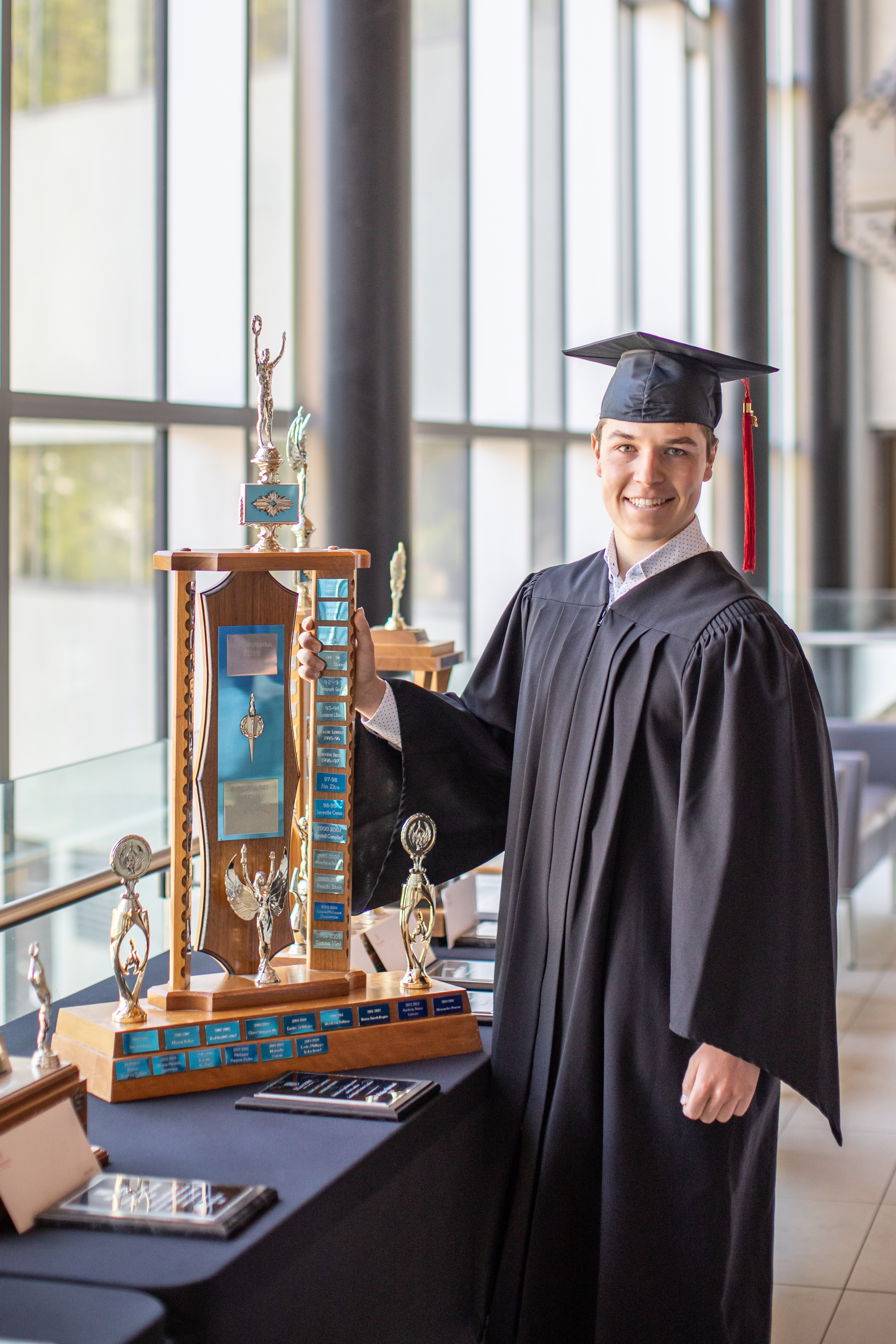