A Debate Right in Our Walls

This past September 22nd, the candidates for the provincial riding of Jean-Talon went head to head in a political debate at St. Lawrence in the iA Financial Group auditorium. This event was hosted by the St. Lawrence Political Science and debate club. 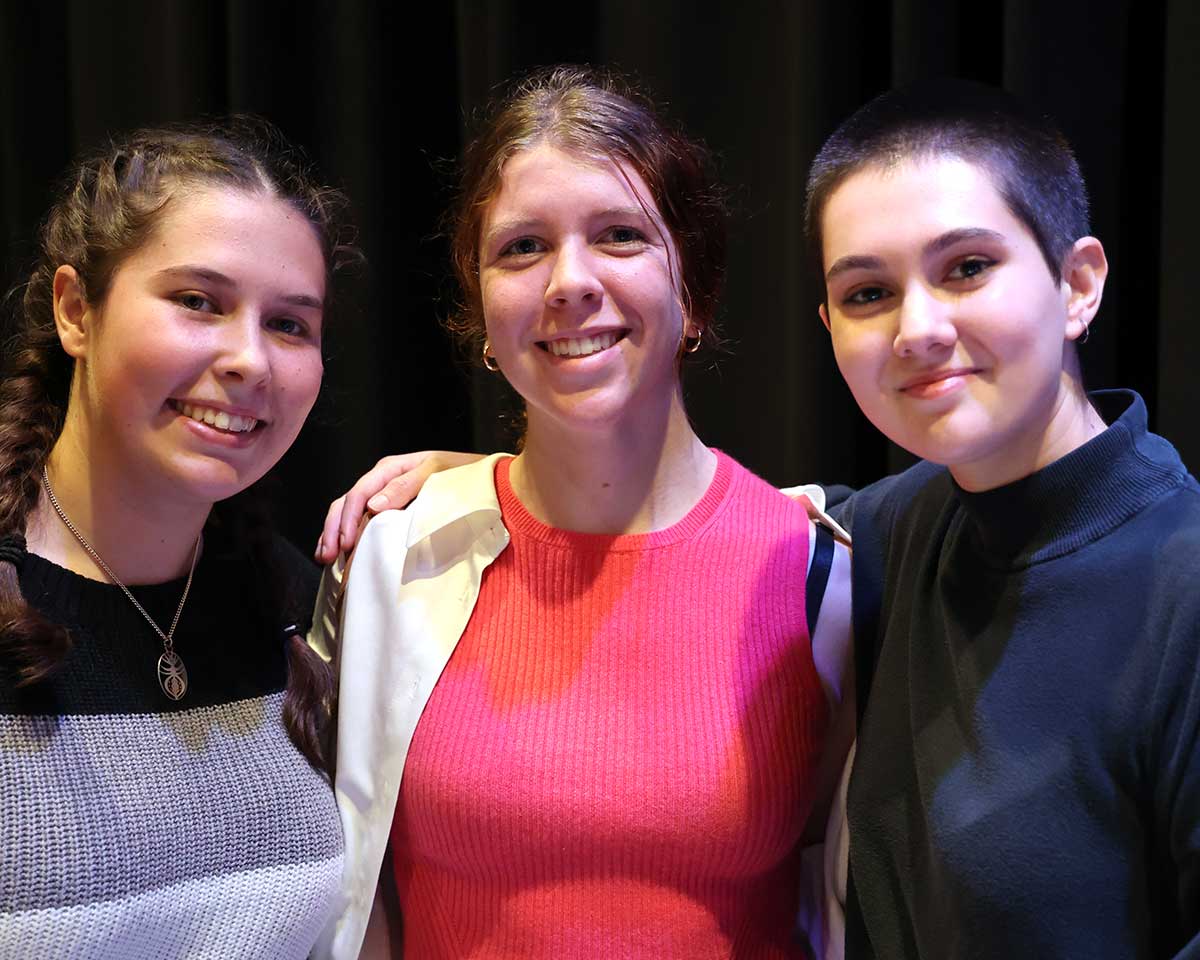 Members of the political debate club

The Candidates that Debated

On site were Gabriel Coulombe from the Parti Québecois, Julie White from the Parti Libéral, Olivier Bolduc from Québec Solidaire, and Stéphane Pouleur from the Équipe Autonomiste. Joëlle Boutin of Coalition Avenir Québec, Sébastien Clavet from the Parti Conservateur, and Alexandre Dallaire of the Parti Vert du Québec were invited but chose to not assist. 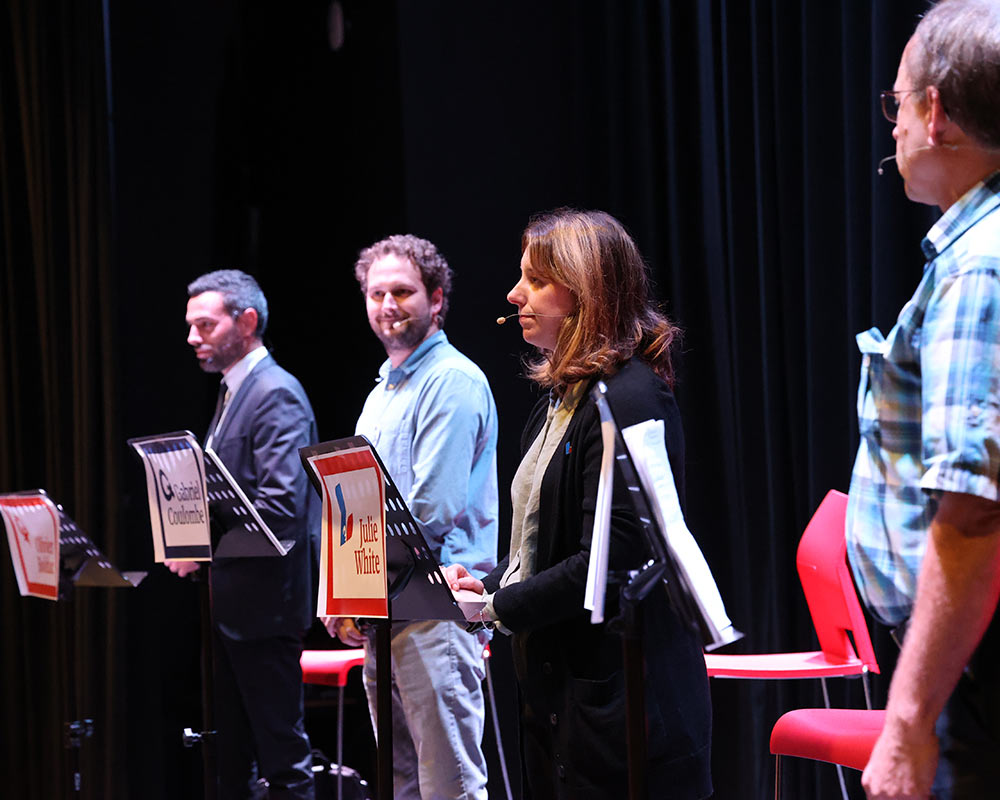 The debate followed a standard format. Candidates presented platforms and were then asked questions by mediators and the public.

All candidates presented their platforms and stuck to party lines. PQ and Québec Solidaire leaders had a hard hill to climb where, in front of an English cegep crowd, they talked of their belief in sovereign Québec, where French would be the dominant language. But all candidates delivered arguments clearly and succinctly. Credit must be given to the fact that their intentions were direct.

Julie White of the Parti Libérale had a strong advantage. She was at ease in both languages and was a CEGEP St. Lawrence alumni. 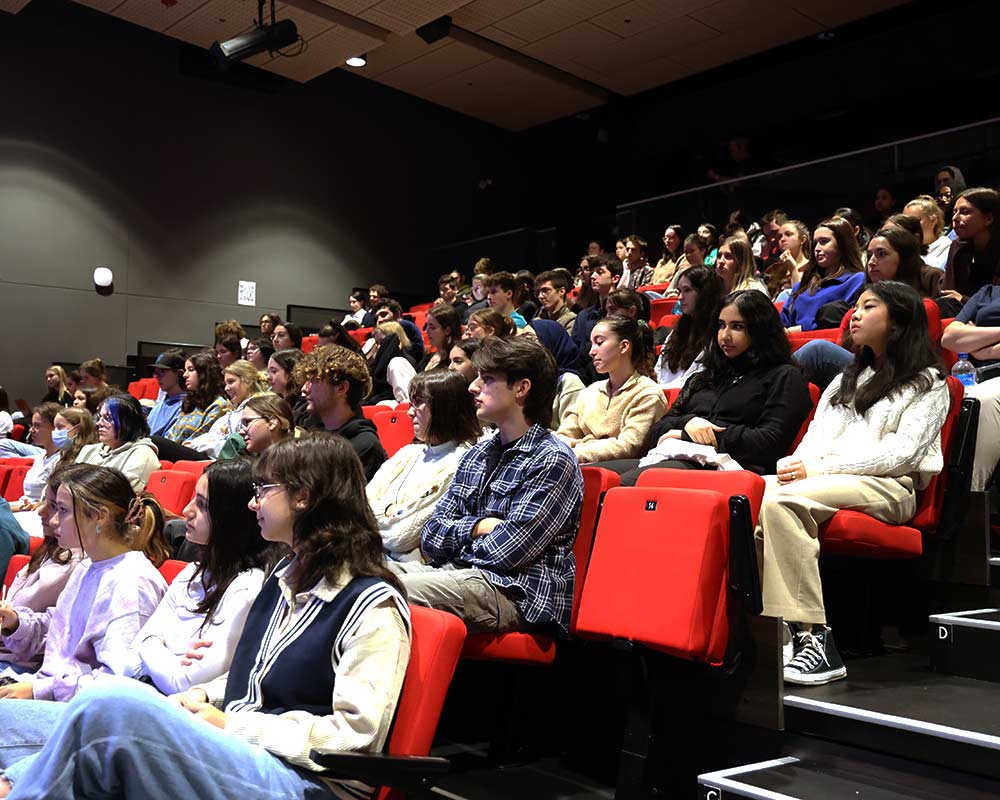 The auditorium was full

The St. Lawrence students were very engaged and talked to the candidates at the end of the debate. Without exception, all candidates were open to discussion, staying to answer all questions for a good hour.

Most students had positive comments about the event. Mentioning that even though the candidates were so far apart politically, they still were highly respectful